Purpose: To help catchers understand how much time they actually have to read the ball.

How it works: Set up four different stations, starting at home plate and moving back from there. The catcher starts in the furthest position behind the plate. As a coach bounces a ball toward her, she reads the ball’s speed and direction, moves quickly into position, and blocks the ball down to the ground with her body. The player then gets back on her feet quickly in catching position, and prepares for the next ball. After five attempts, the player moves up to the next station for five more balls. Continue until the player has gone through all four stations.

Requirements: One player, a coach, balls, gloves, catcher gear and a field 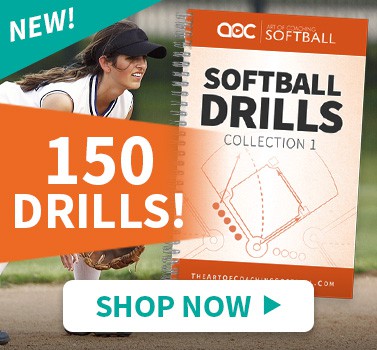