You or the team's sports psychologist can set up role-playing scenarios to help team members learn how to react more positively to a given difficult circumstance. The exercises can help athletes see the big picture of how their attitude impacts the team in a positive or negative manner.

Before starting, solicit input from your athletes regarding situations that cause frustration or where athletes have a tendency to respond poorly.

Directions: Separate your team into groups with no more than 4 or 5 people per group. Each group will receive a scenario that they will role play for the rest of the team to observe.

1) A crew team has to row in inclement weather. Typical negative responses are the pre-match talk of 'always performing poorly in bad weather', talking about how uncomfortable they are, complaining about how the weather always brings out the worst in the team.

Positive responses show teammates pumping each other up with talk of how they can't wait to get into the water, that the team rows well in bad weather, about how they are looking forward to the extra challenge.

2) A field hockey team brings in a stellar freshman class and a few juniors and seniors lose their starting positions.

Negative responses include complaining about those 'young idiots - who the heck do they think they are', poisoning team chemistry with talk of quitting or transferring, bad mouthing the coach behind his or her back, etc.

Positive responses include welcoming the opportunity to compete against the younger players in practice and accepting their move to second string, encouraging the new players to rise to new heights in performance, and becoming mentors to the younger players - even if they eventually lose their starting job.

Objective: The main goal of this activity is for athletes to become more aware of certain scenarios that arise in their sport and the best and worst ways to deal with them.

Often times, athletes will exaggerate the responses which can be used later in post-exercise discussions. By discussing these possible scenarios and solutions, a link will be created in the athlete's memory as to how best cope with such a situation should it arise in the future. You can help reduce some uncertainty in the future by helping athletes become aware of the situations in the present.

Conclusion: This activity may involve many situations and open up discussions that encourage problem solving. The team will be able to work together and help each other with a variety of responses that one athlete alone may not have considered. 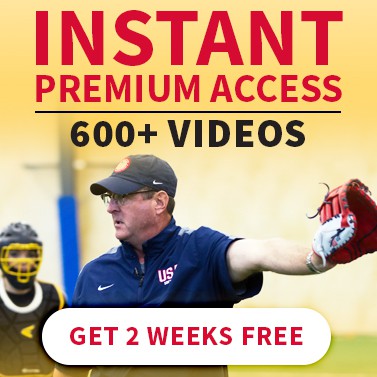